The reason is usually for something good, like licking you as a token of love and affection.

Watch out for excessive licking or damage to you or the animal.

Find out the reasons and what to do if your cat licks you.

Surely your cat spends a lot of time licking himself, and if you live with more than one cat, you’ll have seen that they also groom each other.

It’s estimated that a domestic cat can spend between 30 and 50% of its day grooming.

But there’s another curious behavior – when your cat licks you. Not all kittens do, but why do cats lick their humans (I don’t like to call them ‘owners’)?

Contents show
1 6 Reason Why Do Cats Licks You?
2 My Cat Licks Me, What Should I Do?
3 Our experience

6 Reason Why Do Cats Licks You?

The cat tongue is a very important and versatile organ for the cat. It is rough due to the plectrum effect of its conical papillae.

And the kitty uses it with several objectives: as a brush, to remove skins and dead hairs in the grooming, to eat, for hunting, in the detection of flavors, etc..

Therefore we see that cats spend all day licking, brushing, removing excess hair, etc. and repeat this custom with their feline companions, if they have them.

Sometimes they even lick other things such as cotton, plastic, bedding, etc.

Unfortunately, this habit of licking materials can go a step further (when the cat also ingests the materials) and becomes a problem. This happens in cats with pica, for example.

If the cat is licking too much, you should consult your vet about the reason.
Many cats lick themselves hard and even hurt themselves when they have stress, or as a result of some pathology that causes that effect.

It is necessary to differentiate between a normal licking with a licking that can be harmful or sign that something is wrong.

If the reason for the excess licking is more of a behavioral type, the vet will probably refer you to an expert in feline behavior who can give you guidance.

Distinguish between licking excessively for a problem and licking as a sign of affection.

There are several reasons that I explain below, but when cats lick their humans it’s usually because of positive behavior.

However, humans don’t always take it as such, even because our cat’s licking may be annoying.

That’s why it’s important to know the possible reasons your cat is licking you, and act accordingly:

sometimes cats use licking or even a love bite to get your attention. This can happen as a punctual event to ask you for food or to play with it.

But other times it can be due to a more serious reason, such as when the cat is undergoing a stressful episode; in such cases, it is usually a more ‘aggressive’ and sudden licking, and you should take the cat to the vet to determine the reason.

From a very young age, kittens of the same litter groom each other, and when they become adults and live with other cats, they continue to do so.

Especially in those areas difficult to reach by yourself: the top of the head, inside the ears … This cleaning is part of the way to relate, so when your cat licks you are including yourself in its social group.

Another reason related to the above is that the smell of the cat’s saliva is strong and characteristic, and the cat impregnates you with it to make an exchange of aromas and recognize you. A kind of territory marking.

This can happen when food has fallen on you, you have some cream or product that catches his attention, you have been touching something that attracts him, and so on.

If, for example, you have just picked up a piece of fish, it is possible that the kitty will notice that smell and that is why she is licking you.

Sometimes it’s not necessary that anything like that has happened, but the very salty taste of our sweat can attract them.

This is usually one of the most frequent reasons for the punctual licking of cats.

Cats lick each other as a token of affection, and the same to their humans. Often this behaviour occurs times when the cat is calm and feels in its comfort zone.

Just as kittens often do this ritual with each other and with their mommy, when your cat gently licks you in the middle of a game, it’s like telling you she’s fine and having a good time with you.

My Cat Licks Me, What Should I Do?

If you have a small kitten you’re more likely to get these games of licking and small bites, but there are also a lot of adult cats that do.

As long as it is normal behaviour that is not the result of a stressful or damaging situation, it is best to enjoy these lickings of love.

After all, it’s a symbol of closeness between you and your cat.

Now, there are people who are bothered when their cat licks them.

In those cases, the best thing to do is to be patient and not act angry or angry because the cat won’t understand that reaction to something positive he’s sharing with you.

If you observe your cat you may be able to detect signs prior to the lick, and when you see that they are occurring, avoid that he comes to lick you with some distraction or offering something else he likes (a prize, for example).

In our case we have not left two cats very lickery towards us, they show their affection in many other ways but the most common is not the lick.

Anyway, especially Tabby, if we ever lick to try if we have touched something, and also very punctually as a more affection, Charlie is still less licking, but as we explained, yes it is more love bites.

And when we are licked as a token of love, we accept it with much love and we love it, probably because it happens so rarely that we enjoy it to the fullest.

Meow! This pleasant welcome is a nice hello at any time of day. However, it’s a shrill and demanding alarm clock at 4:30 in the morning. We realize how aggravating it can be when your cat demands attention by meowing or lying on your head when you wish to sleep. But cats can’t tell us… 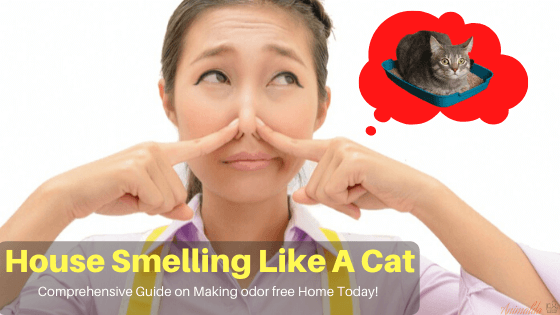 At times, no matter how much you clean and ventilate the old noxious cat urine smell would keep on lingering. While at other times, we simply can’t even realize the old cat smell until and unless a non-cat owner sniffs it out for us. So, for us, cat owners, it is better to stay on…

Nothing can be more heartwarming than to be welcomed by our feline little friends.  But what if, after a hard day when you get back home, you find out no welcoming gestures from your cat?  The next day you bring home her favorite smoked salmon or maybe treat her with the favorite cat food she… 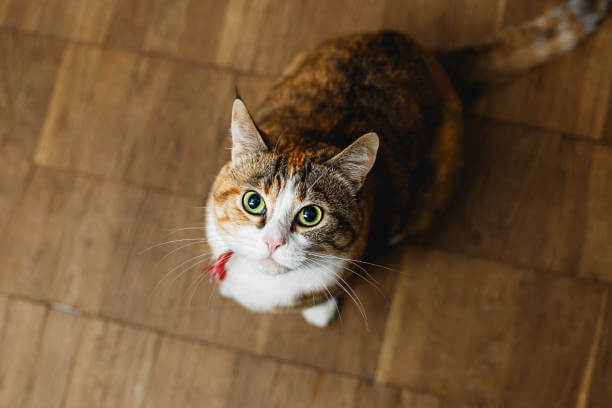 Being a cat parent is not easy there are so many things that you need to take care of when you have a cat in the house. You need to observe the body language of your cat to understand what is going on in its mind.  It is difficult to ignore your cat when it…

The Russian Blue is a stunningly beautiful cat breed. Defined by its grey-blue fur and deep green eyes, this breed is popular in the United States and throughout Europe. The Russian Blue originates from northern Russia, and the “tale” goes that they were the favoured cat breeds of the Russian Royalty. The Russian Blue expanded… 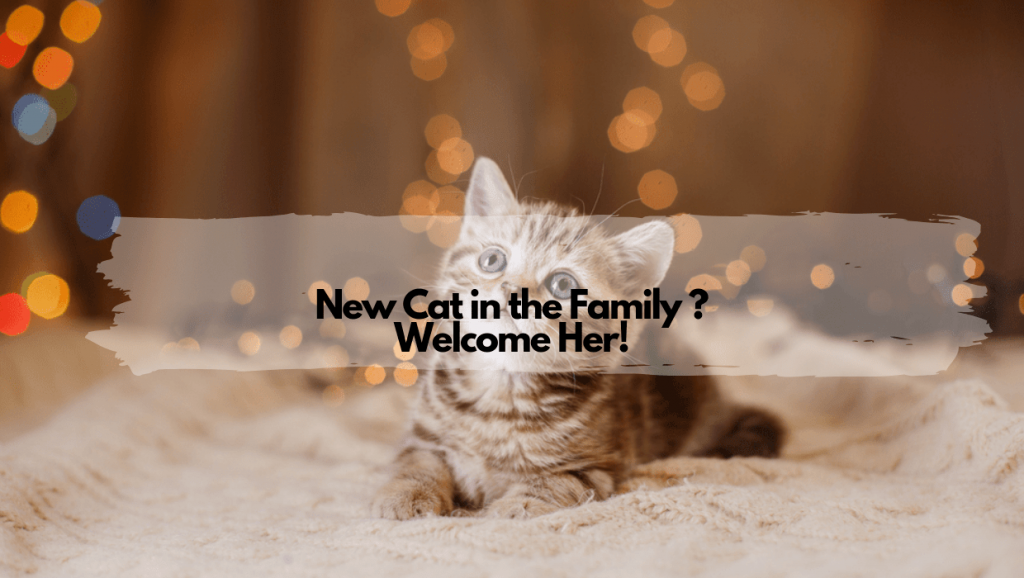 If you already have one or more cats in residence and are bringing home a newbie to add to the family, you will have to proceed slowly and carefully to ensure that all cats are properly introduced. There’s a myth that you can just bring a new cat home, turn him loose, and all will be…